Why Mentoring Relationships Can Fail or Succeed 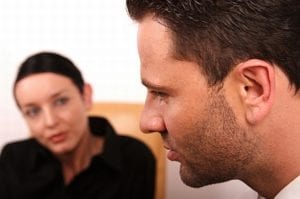 It is almost midterm exam season again so I have being thinking a lot about success strategies and failure. In particular, why do mentoring relationships fail or succeed? I think one reason is because mentors pose tests to their protégés that protégés are unaware of and so they flunk these tests. It seems that this sort of thing happens a lot and it can be a common cause of mentoring relationships failing or succeeding. My frequent collaborator, Susan Murphy, (Director of the Leadership Institute at James Madison University) and I have written a few academic articles about this idea. I know sometimes reading an academic article can be better than Ambien for inducing sleep! So here is a more reader friendly translation.

In talking with people who know how to mentor over the years, some are quite aware that they pose very specific tests to their protégés especially early on in the relationship. Whereas others had no clue that they did that, but when I spoke to their protégés, the protégés said, “Oh yes they do!” and they were able to share lots of interesting examples with me. Here is a short list of some of the common interpersonal tests that mentors may pose to their protégés:

In other words, mentors may be consciously or unconsciously looking for someone who is similar to themselves (in social psychology there is a theory called the similarity attraction paradigm which is just that people like to be with people who are similar). A humorous example is the “mini me” example from Austin Powers.

It is one thing to know someone at school or work but what about the whole person? I think one way to move this along is appropriate self disclosure about interests outside of mentoring programs and also coaching our sons/daughters to show an interest in their mentor besides technical skills. I read that when Marissa Mayer mentors people for the Fortune Magazine Global Women’s Project, she actually has candidates stay in her house instead of a hotel so she can get to know them more deeply.

• Can you measure up to my standards?

This is a big one. These tests generally happen early on in the relationship and can continue through-out.

• Do you do what you say you will?

In other words, if the protégé commits to a certain goal, did they follow through?

• Do you take my suggestions?

Sometimes mentors offer suggestions that seem wacky or off base- I am reminded of the movie “Karate Kid.” Movie buffs might recall the “wax on, wax off” scene in which he has his young protégé repeat this repetitive seemingly unrelated task but in fact he is testing his resolve and building his muscle memory.

• When you make a mistake, how do you recover from it?

Do you hang in there and recover when situations are challenging? I had a protégé who had her mom and dad declare bankruptcy, her boyfriend broke up with her, and she received a final warning at work .. all in one week. She also had some protégé stuff due to me. I was amazed at how she picked herself up and moved forward. She inspired me.

• Do you have goals and are you moving towards them?

• Do you make me feel appreciated?

I cannot emphasize this enough. Think about it–wouldn’t you like more appreciation for all that you do? As adults, we don’t get this nearly enough at work or at home.

As you look these over, consider and feel free to share your ideas around these questions: