Who is in Your Mentoring Lineage?

What does Justin Bieber have in common with Steve Jobs? They are both part of a mentoring lineage. A lineage is sort of like a protégé- mentor-grand-mentor kind of relationship. I think as we go forward in our careers, it is important to consider and appreciate not only those who mentored us but who it is that we mentor. In other words, it is important to consider our mentoring lineage. Here are two examples from the world of music and the world of business.

While Justin Beiber may not be everyone’s idea of the poster child for successful adults, the time he spent as a protégé  to Usher proved to be quite a successful time for the singer professionally.  Usher signed and mentored Bieber after the singer became a YouTube superstar at the age of 13. He took the young Bieber in, taught him about the industry, and provided him with an introduction into the world that created the superstar we know today.

Usher too started in music at a very young age. On mentoring Usher said ‘Artistic development made me who I am. Somebody took the time to help me find what it is that works for me as an entertainer and who I am as a music maker. Usher had several famous mentors such as L.A. Reid and Sean P Diddy Combs, but his most notable relationship was with Quincy Jones. It was through the guidance of Quincy Jones that Usher started many of his philanthropic projects. In turn, probably due the help and examples that had been given to him Usher decided to pay it forward by mentoring the young Justin Bieber.

Marc Benioff created Salesforce in his apartment in 1999. Like Usher, he too had many mentors that help lead to the creation of his multi-million $ company. Two major mentors were Larry Ellison with Oracle, and Steve Jobs from Apple. Of his mentors, Benioff is quoted saying  that the company he built would not exist without the mentoring from Jobs. Most notably the protégé, Benioff learned the lesson to always focus on vision, even when challenges are present. 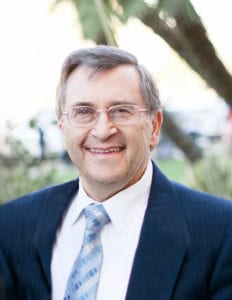 I have a circle of mentors and protégés but in this post I am just going to introduce two important people in my LMU mentoring lineage.  Recently, my very first mentor and LMU colleague, Charlie Vance, and I had the opportunity to appear in a video to provide testimonials for my faculty protégé, Angélica Guttiérrez, who won a prestigious award.  Charlie Vance was my professor at LMU in 1987 and he taught the first business class I ever took.  His class opened my eyes to pursuing a career in Human Resources and Organizational Psychology.  I will never forget that Charlie was the first to help me connect the dots to realize that the field of psychology could be integrated with the world of work and that bringing these two ideas together would start me on my career.  Charlie’s class was also memorable as he was not only highly experiential but also yodeled for us —yup, my mentor is a man of many talents!  When I graduated from LMU, I had to get a job fast or it was back to the farm lands of Fresno for me! Charlie connected me with more mentors and job opportunities and opened doors that I did not even know existed.  Recently, he was recognized by CBS as you can see by clicking this link.  I was lucky ten years after graduating from LMU and after completing my Master and Ph.D. to come back to LMU and work alongside him. 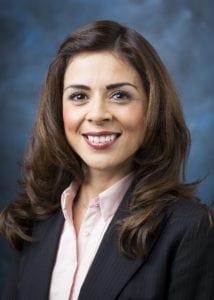 Fast forward to three years ago, we hired a new faculty member, Angélica Guttiérrez and she was inducted into the Alumni Hall of Fame by the Hispanic Scholarship Fund. This is a very big deal and Angélica was recognized for her work as a faculty member and for the pay it forward mentoring she does especially for college students who in the first to go to college in their families. Click this link to meet Angelica and her students and hear Charlie and I discuss her accomplishments.