What do you need from work? 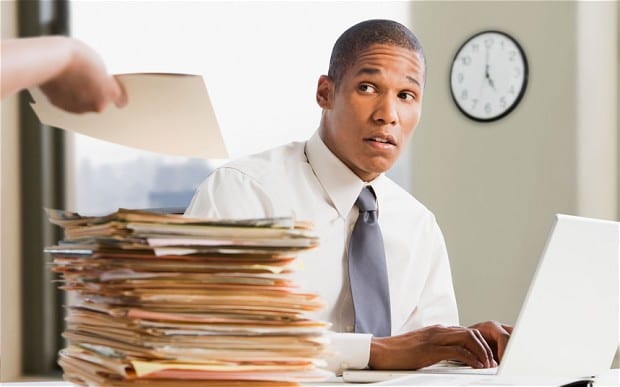 What do YOU need from work?

For some reason, I have needs theories on my mind. Probably because last week I taught the chapter on Motivation and it was fun to immerse myself in these Organizational Behavior theories. It had been awhile since I had taught these theories so it was like rediscovering old friends again (yes, I really am that geeky!).  Yesterday I had the quintessential Professor Couch Potato kind of day. I succumbed to my first official back to school cold (I can’t decide if I should  blame my coughing sneezing undergraduates or my son’s second grader germs he brings home… maybe both) Anyway, I found my perch and tucked in for a day of TV watching.

First , I watched  Undercover Boss and the episode with the CEO of Johnny Rockets. The show depicted the CEO going undercover to four different Johnny Rockets restaurants and interacting with four fabulous employees.  Why were these employees so damn good at their jobs which at first glance may not be everybody’s dream job?  I was thinking that maybe it was because  in a weird way, everybody got what they needed from their job at Johnny Rockets.

Next, I watched, Secret Millionairre with uber successful Ally Brown (entrepreneur and coach for women’s entrepreneurship). This woman is impressive and gorgeous and in between sniffling into my Kleenex and shuffling out to the kitchen for more chamomile tea, I found myself alternating between shouting out “you go girl,” and tearing up at her encounters with people in need (and yes the snarky part of me realizes these are contrived and edited… and yet, and yet, I buy it).  In Secret Millionnaire a millionnire is whisked away from their luxury abode to a poor area of the country. In this case, Ally only traveled two miles away from here home.  ).  Ally lived in Marina Del Rey and the homeless services were just a short two-mile bike ride away in Venice Beach. In this show she gave away a total of $100,000 away to four local charities: Common grounds, Bread and Roses,  Harvest Home, and Beauty Bus. In fact, one of the charities , the Bread and Roses café of the St. Josephs’s Center is near and dear to my heart as I used to attend their yearly fund-raiser and my students have done service learning with them in the past.  It was also fun to see the local spots and the two different sides   of my own neighborhood.  What do the people who work with the homeless need?  They provide basic needs like food and shelter  and they provide compassion to their client. I think in turn the providers get their needs met as well . So, What does Ally need? In one sense, she already has it all. I think she needed and perhaps found the top of Malow’s hierarchy of needs which is self actualization- which is when you reach your highest potential and is perhaps representative of the point “ where your greatest joy meets the world’s greatest need.”  ( quote from Theologican Frederick Buechner)

So how did I get my needs met this past weekend? I needed to rest, be entertained, and maybe a little bit inspired. I got it all  from my TV watching.

So what about you- what do want from work? And what do you get that you need? Or what are you not getting that you need?  Think about it- it might give you some clarity regarding your current or future jobs.