What do Mentors Really Want from Proteges?: 4 Quick Ideas 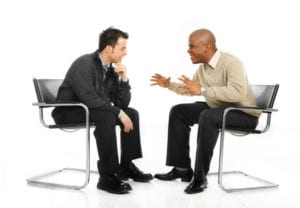 What do Mentors Really Want from their Protégés?: 4 Quick Ideas

I get asked “What do mentors really want anyway?” I wish there was a magic potion I could share with you that would create perfectly satisfying mentor-protégé relationships. Although the mysterious alchemy between individual mentor-protégé pairs is quite unique, there are four general wants that many mentors would have from their protégés. If you want to know more, Susan Murphy and I discuss these ideas further in chapter 4 of Power Mentoring.
1) Mentors want protégés to be similar to themselves. Remember the movie Austin Powers and the mini me character (for those who are familiar please pause here for evil laugher and finger in mouth!)?! I always think about that character when I consider this concept. I have been writing about perceived similarity (which comes out of social psychology) for a long time. It is basically the idea that successful mentoring relationships need to have some basis in similarity. In fact, sometimes mentors are initially attracted to certain protégés because they see a younger version of themselves in their protégé or they share similarity in salient demographic characteristics (so a scientist who sees herself in the budding young scientist). However, now we know especially with the prevalence of online mentoring that people can also see similarity in deeper level characteristics (goals, values, interests) which are even more important for sustaining the relationship long term.

So, how can this notion actually help you? I recommend that you research a would-be mentor and/or get to know the mentor and actively look for areas of perceived similarity. Start with surface level similarity (when I have designed youth mentoring for at risk youth I start with very basic stuff like favorite TV shows, food etc.). Also when getting to know each other initially let us not discount surface level similarity to bond and develop rapport-it might be around favorite books, a love for pets, reality TV or shoes – in other words safe personal topics are okay to broach. When getting to know a potential mentor try to think of some clever getting-to-know you questions that might uncover a hidden area of similarity (For example- I love time travel books so I sometimes ask “If you could go back in time, where would you go and what would you do?” Or I might ask ‘What countries are on your bucket list to travel to and where are some of the favorite place you have seen?)

2) Mentors want protégés who add value with different skills/perspectives. For example, when my co-author and I conducted our interviews for Power Mentoring we interviewed David Dreir (R-CA) who is a Republican. He talked about mentoring ACROSS political parties including mentoring Democrats. He talked about mentoring the junior members of congress in terms of norms, networking, etc. We also spoke with a Disney executive who mentored a Nickelodeon executive – so mentoring across barriers can be very enlightening. Think about how you can complete and add to the mentor’s knowledge base/skills/connections. Do not discount the value of just adding a perspective they have not considered or unbridled enthusiasm.

3) Mentors want to see a compelling characteristic/skill or high potential. In other words, mentors are attracted to people they feel have some compelling interest, talent, or gift. For example, at the end of the semester I often recruit research assistants by picking out the brightest student I liked the best and approaching them with a job after the final is over. Many of these turn into long term mentoring relationships. So if you are good at what you do, you may just naturally attract mentors… although it is best not to wait for that but instead leverage what you are good at.

4) Mentors want protégés who are willing to learn. Mentors want to teach those who want to learn. The most important way to demonstrate that you are willing to learn is by following up! In other words, take any suggestions given by the mentor and loop back and communicate results. Also, by take a suggestion, idea etc. and build on it- so if a mentor suggests reading several blogs to develop ideas for creative writing I suggest that the protégé comes back having started their own blog and has already posted two stories! I think the other key here is to learn from mistakes and take risks. I think most mentors can forgive mistakes and mis-steps as long as there is learning and personal responsibility taken. And here is one other idea – humility. Tony Hsieh, the CEO of Zappos discusses this idea in this book. I interviewed Tony a few years ago and he is quite fascinating. Tony is another Harvard wunderkind who sold his first business in his twenties for millions of dollars. Now he runs Zappos and has created a corporate culture that focuses on happiness. He talks about hiring and keeping people who are humble. I think sometimes super smart people do not always have opportunities for humility or they are not always framed this way… and yet being humble is a big part of being willing to learn. This is one most people can work on including yours truly.