Webisodes: The Mentoring Programs Start-Ups of the Entertainment World 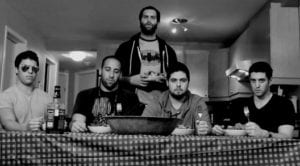 In the corporate world organizational structure is a mapped out and mentoring programs are a thing. Employees are broken up into departments and assigned specialist functions. From the CEO to the mailroom clerk everyone knows their place and their purpose. At a start-up company the hierarchy rules go out the window. The CEO is just as likely to bring in donuts or lock-up the office as the fresh out of college intern is.

In this blog we often use television clips from shows like The Office and Undercover Boss to highlight organizational behavior, mentoring programs and success strategies as seen through the lens of entertainment. Television shows produced by the major networks are a microcosm of the companies that produce them. They have accepted hierarchies. Every employee from the lead actress to the craft services chef is a specialist.

But, that is not the case in the emerging world of webisodes. Like a bare-bones start-up company webisodes ask employees to perform a variety of functions. The lead actor is also a writer, producer and janitor. I have provided links to two webisodes below. The first is from a show called Epic Meal Time. The show has an avid web following, but a format structured specifically for the web. The second clip is from Live from Daryl’s House. In this show Daryl Hall of Hall and Oates fame invites musicians to his country house to hangout and perform. The show has since been picked up for television production.

How do you think mentoring programs and success strategies play a role in Epic Meal Time where hierarchy and specialization have yet to take root? And do you think a more corporate approach as seen in Live from Daryl’s House improves or diminishes the webisodes authenticity?

Looking forward to your comments!