How Mentoring and Networking Helped Me Survive Breast Cancer

How Mentoring and Networking Helped Me Survive Breast Cancer 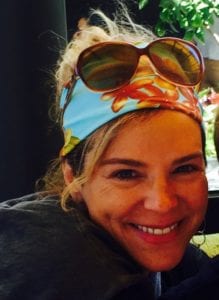 I have been missing in action from this blog since October 26, 2014 because I was diagnosed with breast cancer.  I took an unscheduled trip to CancerLand (with a four month sojourn to “Chemostan”) and am slowly re-emerging into NormalLand.  I did not see this coming and I was horrified when I got the news.  I was feeling great before my diagnosis. I had consulting assignments, research projects, trips planned and lots of exciting writing and speaking gigs on the horizon. In short, I was crazy busy and Cancer was NOT on my To Do list.

Cancer tested me in ways I could never have imagined. In the interest of full disclosure I will tell you that I was terrified when I got this news and in fact, was terrified pretty regularly during most of the process. And yet, I got through it.  I am needle phobic and have an aversion to doctors and medical offices; and while I do get all of my required exams regularly I have to force myself to go. It is a good thing I did as my yearly mammogram and early detection made all the difference in my prognosis.  One thing that helped me tremendously in terms of navigating through what will eventually be nearly 14 months of cancer treatment was activating my network to get information and resources and connecting with community based learning and mentors for support and guidance.

When I got the news, I quickly cycled through 3 emotions and approaches: 1) Freeze- I froze in shock, 2) Flee- I seriously considered abandoning it all and going to Hawaii until my boob just fell off in the waves, and 3) Fight- I drew on my professional skills and got busy. I knew very little about breast cancer or who the major players are in this field. So, one of the first things I did when I received my diagnosis was to cast a wide net as I needed information to assemble a great team of doctors right away. First, I activated my network through social media. Specifically, I decided to sacrifice privacy for information.  Thanks to being the mom of a super 12 year old son, I belong to a local mom’s Facebook group and I drew from their collective wisdom.  I asked them to share with me who they thought were the best doctors in town to treat breast cancer and for referrals to anyone who had taken this journey. I put a message to my friends on Facebook with a very similar request.  Second, I asked my doctor and my personal friends who are healthcare professionals for their recommendations.   Third, I asked my colleagues and really anyone who would listen for information and resources about breast cancer. Armed with this information, I began to notice that trends and patterns emerged.  I was quickly able to find out who the breast cancer rock stars of Los Angeles were.  It was a short list with doctors from Cedars, St. Johns, and UCLA.  Then I went out and met doctors. My first stop was the Breast Center at UCLA.  I also met doctors from St. Johns and Cedars for a second, third, and fourth opinion in order to leave no stone unturned. Ultimately, I went with a great team at UCLA. During this time, I was also doing informational interviews with breast cancer survivors. I am a qualitative researcher and so I was able to take what I know about interviews and look for patterns and ideas that were helpful to me. From the time of diagnosis in October to my first chemotherapy in December, I spoke in person, on the phone, or emailed with nearly 20 women. I found this helpful because I was just so scared of the cancer and the treatment, especially chemotherapy, and I needed to learn from other women what their experiences were like and what advice they had. I was blown away by the kindness and the sisterhood. Friends referred friends who referred friends and by the time I started chemotherapy I had a few really good mentors and a decent idea of pitfalls to avoid and what I could expect. I also tried out formal community based learning and peer mentoring groups such as local support groups. This whole process of finding your cancer people is kind of like dating—sometimes there is chemistry and sometimes not. I was lucky to find a group of step-ahead mentors at UCLA which was comprised of women who were about 6 months ahead of me in their treatment.  They had formed a tight knit bond and were kind and inclusive enough to allow me to glom on as the newbie.  We are still meeting over wine and I have noticed that our conversations have now expanded beyond our aches, pains, and terror to include talk of family, careers, dumb TV, and travel.

I learned a lot from my circle of gracious mentors. Some of my mentors were old friends who resurfaced to become cancer mentors for me. Others were women I had just met and yet they took me under their wings.  For example, after my first chemotherapy treatment, I was really nauseous but refused to take the anti-nausea medicine—I had some weird paranoia about taking in more poison and what it would do to me.  Crazy thinking.  I got calls and even a late night visit from a mentor who explained to me that I had to take the anti-nausea medicine and stay on top of the pain and nausea or else it is like a runaway train. One mentor shared with me her experience with getting her port installed surgically (I used to think port was a sweet dessert wine… now I know it is a medical device surgically inserted into your chest that provides direct access to major arteries which is super helpful when getting chemotherapy and saves your veins). I learned that I needed to ask for more anesthesia while they were surgically installing the port and insist on that or else that procedure was going to be done while I was semi-awake—and I knew that just was not going to work for me.  Mentors showed up with bland tacos, ice cream, apple crumble, blankets, tea to make me go, berries and lots of reassurance that the dark days would pass and this was not my whole book of life, but just a really crummy chapter.  My mentors dropped their tops for me so I could actually see what my options were in deciding whether or not to have a mastectomy.  I have been studying, writing about, and participating in mentoring almost my whole professional life and yet I don’t think I really got what mentoring is all about until now. I am more grateful than I can ever express to my network, kind strangers, community based learning, mentors, friends, and family who supported me through this.

More treatment details and where I am now health-wise

Apparently women my age have about an 8–10 percent chance of getting breast cancer. I never thought it would be me.  After all, I eat organic, I exercise, I have no family history of breast cancer—and yet there I was with a tumor.  Cancer is not fair.  My specific type of breast cancer is called Her 2/neu triple positive. This came with bad news and good news. The bad news: this kind of breast cancer is quite aggressive. The good news: due to recent medical advances with targeted gene therapy (which was so groundbreaking they were detailed in both a book, Her-2: The Making of Herceptin, A Revolutionary Treatment for Breast Cancer by Robert Bazell and a movie called Living Proof).  This nasty cancer is now one of the most curable kinds of breast cancers that exists and responds positively to treatment. I am lucky to have had had it detected early, I am lucky to have had it detected in 2014 when the standard of care works so well.  I stand on the shoulders of women who just a short decade earlier participated in clinical trials leading to the magical drug, Herceptin, that cures.    My treatment was long and arduous. Although I am now cancer-free, I am also still in treatment.  To summarize: I had surgery to install a port in November of 2014, then 6 rounds of chemotherapy over 4 months from December–March of 2015. This treatment led to the tumor being completely dissolved (this is called a pathological complete response and is truly awesome!) then a lumpectomy surgery in April, then 4 weeks of radiation taking me through June, and finally hormone therapy (a pill a day for 5 years).  As I write this today I still have to go to UCLA every 3 weeks and receive an intravenous infusion of the antibody, Herceptin, until the end of the year. And finally, I just have to give a final shout out to my husband, Steve, who was my partner in this journey and came with me to every single doctor’s appointment and infusion.  I will also mention one thing that helped me tremendously to get back to feeling “normal” is that I saved myself from going bald during chemo by using cold caps (thanks also to my mentor who shepherded me through the hair saving process). If you like, I have documented my cancer journey on a blog that can be found at www.caringbridge.org and you can find my open blog on this site by searching Ellen Ensher.  Hopefully you won’t ever need it but if you or a friend could ever find my experiences helpful, it is there for you.