The Gender Wage Gap, Writing for LinkedIn, and Getting Trolled 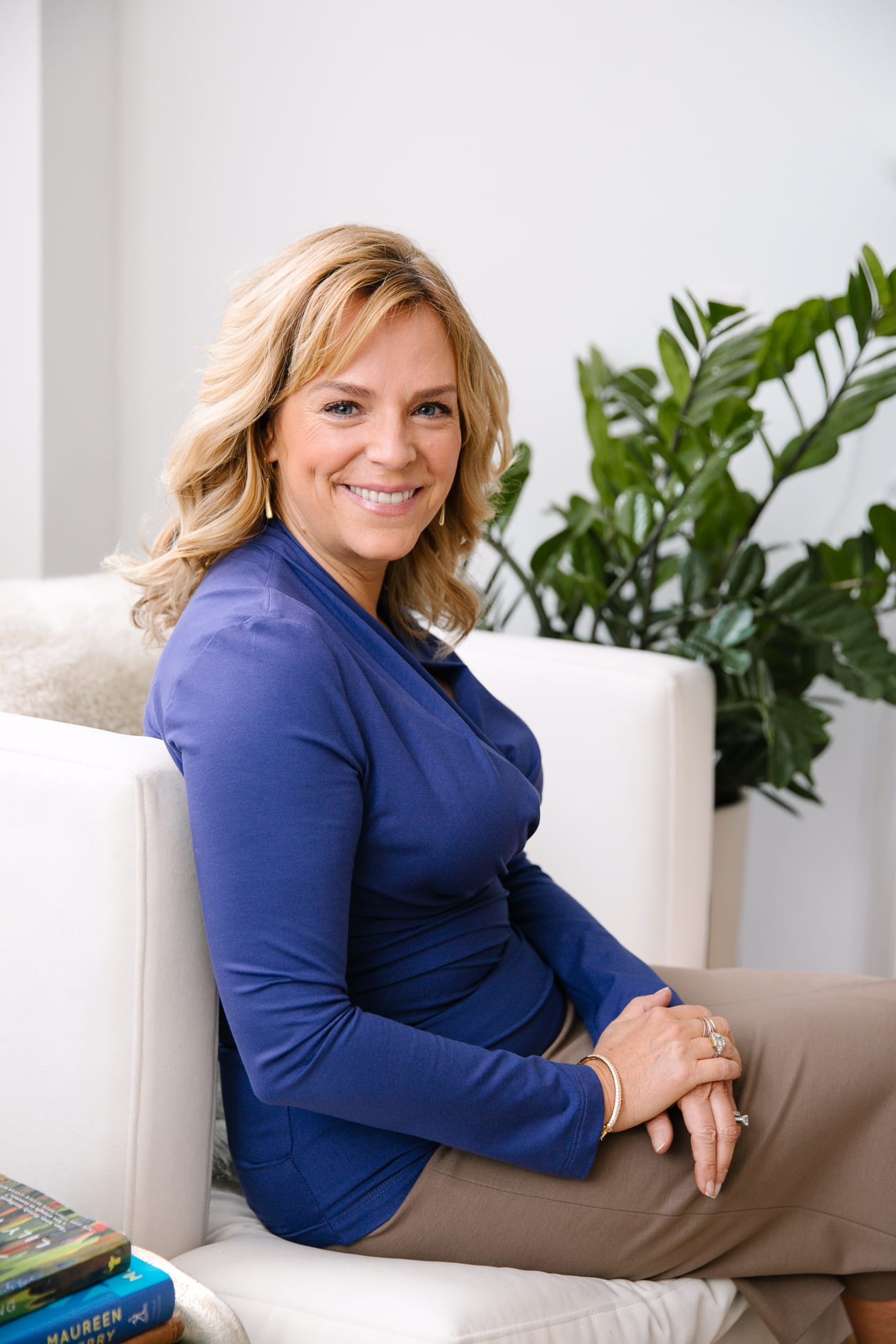 On March 8, 2017, LinkedIn celebrated International Women’s Day by asking different thought leaders including myself to write about the following issue: “The World Economic Forum predicts the gender gap won’t close entirely until 2186. This is too long to wait. For this series, we’re asking members to write an article between 500 to 1,000 words that answers this question: What is the one bold action that your industry or company must take to close the gender gap?” After a conversation with my Graduate Research Assistant Lindsay Western, I decided to co-write an article with her about the new benefit of Egg Freezing being offered by companies around the country.  In this article, I decided to start with a brief paragraph that would hopefully convince my male readers that they should care about the gender wage gap overall. The following is a preview of the article: 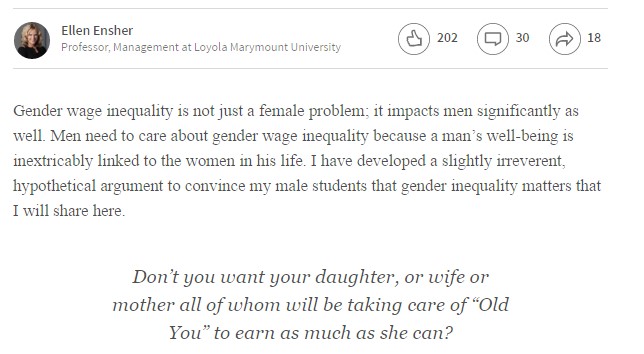 So we sent the article out, as an opinion piece, into the LinkedIn world expecting that readers would find the idea of egg freezing highly provocative.  While we did receive some dialogue about egg freezing, we were overwhelmed by a different argument. Men came in numbers to the post to state that the wage gap was nothing more than a myth. My qualifications as a Professor were questioned, my political allegiance assigned, and both Lindsay and I were personally vilified because we had the audacity to believe that the Wage Gap was a real thing. In short, we got our bubble burst and we got trolled.

In my professional life I pride myself on leaving politics out of my position. When I do bring it in, I work diligently to provide an unbiased opinion, and highlight positive attributes that can bring people together. I work with students from all walks of life, and I encourage their right to their opinion.

Those  individuals who replied to the LinkedIn article and   did provide sources of” proof” of “the  myth”, all pointed to a secondary source, or an opinion piece. Forbes.com was the primary source for the articles. Upon review, we found no proof of research that was of peer reviewed, or conformed to typical guidelines of quality work.  This experience made   me reflect  about how to find appropriate research.

I am not alone in trying to weed through opinion piece written as fact, as well as articles with no factual information. In February, as a way to help LMU students decipher real news from the fake, the Hannon Library on campus released a post called Snopes: Knowing When It’s Real and When It’s Not. In it, it discusses the fact checking site, that was originally created to dispel old urban legends, which now facts check news articles throughout all the social media sites.

I sent Lindsay on a mission. I asked her to located high quality peer reviewed articles to prove or dispel the myth of the wage gap. She first aimed at the myth. After reviewing, she could not find any sources supporting the myth. What she did find are several great articles providing empirical evidence that the gender wage gap is real. Below are some highlights:

The Gender Pay Gap on the Anniversary of the Lilly Ledbetter Fair Pay Act (2016): Published by Cornell University, the piece has nearly 40 citations from both corporate and academia. Key highlights include; the improvement of the gap overtime, racial and education resources impact on wages, and factors that contribute to both men and women denying higher wage jobs that may impact family life.

Women in the Labor Force: A Databook (2016): Developed by the Bureau for Labor Statistics, this white paper includes extensive data about career specific roles, as well as education impact.

Gender, Inequality, and Wages (2016): In order to assess the gap, researchers   collected papers with robust research on progress made by women in the labor market, as well as the underlying causes of remaining gender inequalities.

Salesforce CEO Marc Benioff: We’re Erasing Our Gender Pay Gap—Again (2017): While this article has the least amount of research facts, Marc Benioff has been one of few male leaders to speak out against the wage gap. His company utilizes Human Resource software to equal out any wage disparities between men in women. Some of the increases amounted to nearly 6%.

In sum, I find it  essential to not only know about the  quality of resources cited when arguing a point, but also  I think it is important that people responding online ask themselves two simple questions: Am I responding as my best self or simply put – would I say this to her face?  For more ideas on developing a social media philosophy, visit this link.