If Barbie Can Be an Astronaut, Why Can’t I?

I am on vacation so I showcasing some of my student’s guest blog posts. I have to confess I was the classic little sister and I stole all of my sister’s Barbies and still remember the hours of enjoyment I derived from my Barbie airplane. Although I don’t remember a Barbie Professor doll per se, in my play world Barbie traveled the globe and was a strong, independent, high-earning (and yes fabulously dressed) woman.

So this blog, while perhaps controversial, gives us all something to think about in the context of Barbie as a role model and leader. Thanks Savannah Bigley! 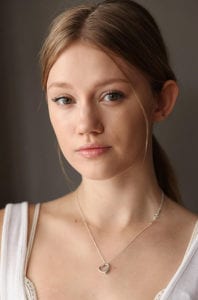 Growing up I remember looking at Barbie dolls and thinking “I want to be like her.” The conclusion most people these days jump to is the tired dialogue that consists of Barbie’s “impossible beauty standards,” but honestly I never saw her in that way. I saw her as motivation. I looked at Barbie as a doctor, a mom, a veterinarian, and so many other lives she had lived and I found a passion inside of me that inspired me to do something meaningful with my life. Barbie has a leadership role for girls and, though highly scrutinized, I would argue that this role Barbie holds in the lives of so many young girls is more relevant than any of her physical features.

Barbie as a Symbol

Barbie has been a symbol of femininity since her debut at the 1959 American Toy Fair in New York City. She was the first doll with the features of an adult woman marketed toward children and allowed young girls (and yes, boys) to imagine who they could be in the future. Named after the daughter of Ruth Handler, co-founder of Mattel, Inc., Barbie represented far more than typical American beauty standards as she defied quite a few gender norms of the ‘50’s and ‘60’s – she was a doctor, an astronaut, a presidential candidate, and even an Olympic athlete. She owned her own house and hot pink car. Women in this decade were seen as stay-at-home moms and not much else so Barbie’s independence was something that many young girls connected with; she represented independence. She inspired and continues to inspire generations of young women who look to be leaders, changers, and movers in the world. 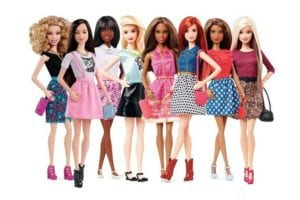 Though fifty percent of the people who saw Barbie at her debut wanted nothing to do with her, and many insisted that little girls just wanted to play mommy with baby dolls, Hadler knew that she was on to something big. She pushed on knowing that her toy would be successful, targeting a market segment no one had tapped into before: girls who want to be big girls. Most importantly, Barbie exuded this idea that “women could be the centers of their own lives, rather than mere accessories of husband, family, and household” (Broadly). Barbie paved the way for self-sufficiency and independent thought – two things that are so important, yet were so rare for women and girls of that time. Social norms threatened to hold women back, but by following in Barbie’s example many women felt that they could break free of this role. The original jingle for the influential doll says it all: “Someday I’m gonna be exactly like you / ‘Till then, I know just what I’ll do / Barbie, beautiful Barbie / I’ll make believe that I am you.” Nowadays this is more true than ever as Barbie comes in more ethnicities, skin colors, and body types. As a white, blonde haired little girl I was lucky to be able to look at the older Barbie and see myself, but now almost any little girl can look at Barbie and think, “Wow, that could be me one day.”

Barbie has grown into her leadership role over time, but she has always represented female empowerment whether that be socially, economically, or simply not needing a man to take care of her. She allows young girls to want to be leaders someday in such a male-dominated society. Barbie is far from perfect and there is a lot of controversy over her body shape and if she truly represents every woman, but one thing’s for sure: women have endless thanks to give to Barbie for allowing young girls to see themselves as more than just future mothers. Barbie acts as a role model, personal support system, and, most importantly, a leader. We can be anything because Barbie can be anything; a simple statement, but one that resonates with so many young girls all over the world.